I’m a musician, an educator and a student 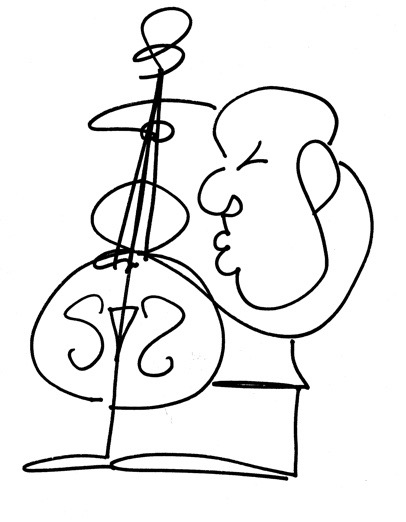 When I was fifteen my dad took me to hear pianist Cedar Walton‘s trio at Sweet Basil.  The connection between him, drummer Billy Higgins and bassist Ron Carter made a huge impression on me.  I started to learn the double bass and held it down for the All-City High School Jazz Ensemble in ’92 during my senior year at Stuyvesant High School.  I spent a lot of time in the Upper West Side jazz bar Augie’s — now Smoke — listening to master bassist Dwayne Burno before heading west to Oberlin College and Conservatory of Music.  Sometimes at the end of the night, Dwayne would invite me to sit in.  This drawing is based on him.

I got started in the professional music business busking in SoHo with The Flying Neutrinos in ’93, so when NYC shut down in Spring of 2020, I capitalized on my experience as a street performer and began to play regularly in the parks of New York CIty with longtime colleague, percussionist and sonero, Jainardo Batista.  We were joined by world renowned flutist Itai Kriss making his debut on the Cuban trés guitar and María Raquel Sandino Vásquez on vocals and minor percussion.  Before long, we had generated some buzz and several venues hired us to play outdoors.  Pianist Gabriel Chakarji and Grammy winning flutist and vocalist Jeremy Bosch became staples of the group.  We released our first album with original music and covers in June, ’22 and a there’s a mini-documentary about and our experience as performing artists during the pandemic on the PBS All Arts Channel.

In addition to my work with Cuarteto Guataca, I also perform regularly in solo and duo settings for Concerts in Motion and freelance as a sideman, bandleader and soloist in a variety of different settings. 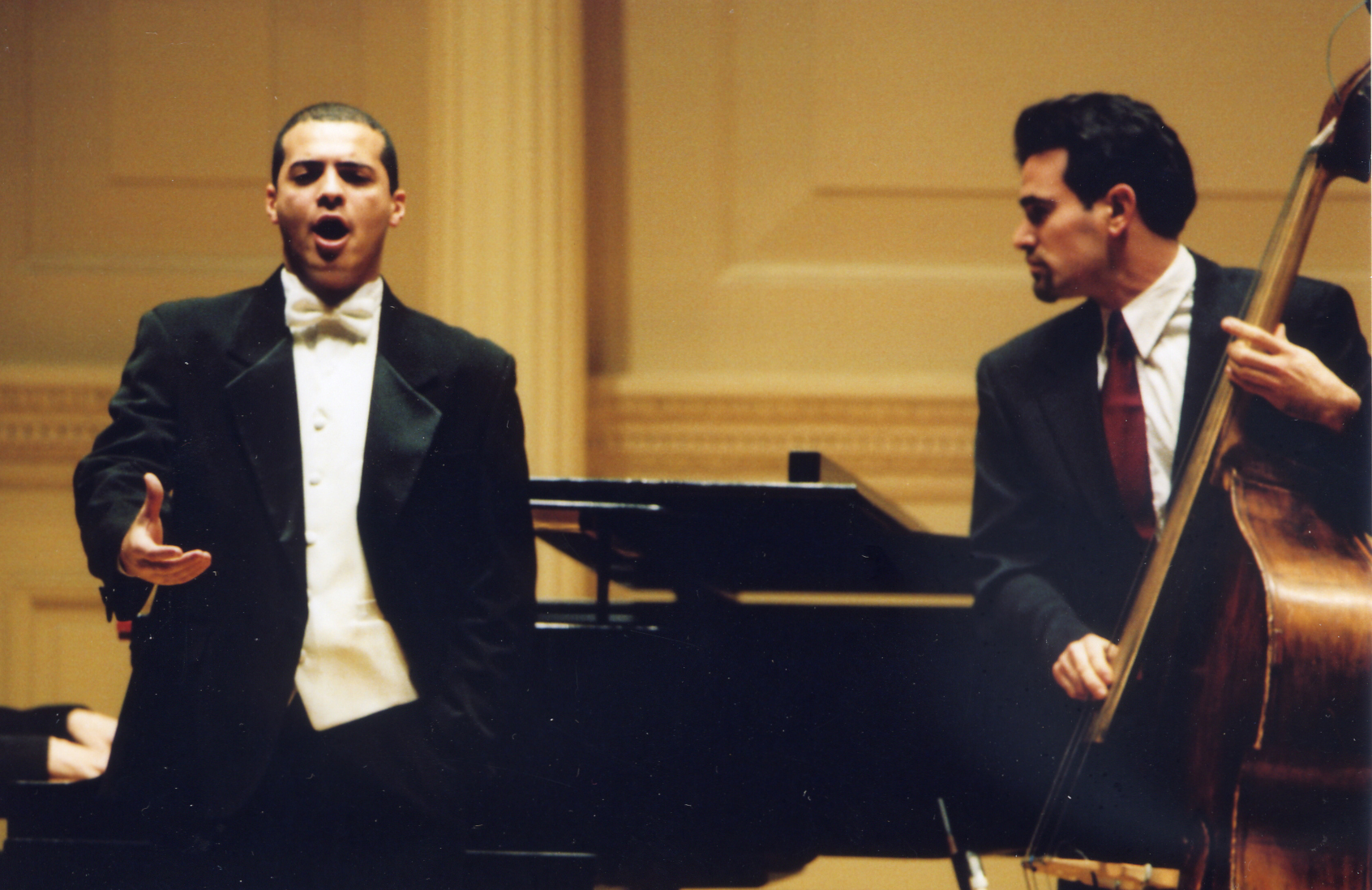 Living in NYC has allowed me to continue a rich musical education as I learn on the job in multiple genres.

Years with The Cotton Club All-Stars inculcated me into playing swing for dancers.

I learned to play Cuban son from José Luis Martínez, one of the founding members of Cuba’s iconic Los Van Van.

I was schooled in folkloric music by Roberto Fuentes, founder and director Venezuela’s Alpargata Cantorum.

With Los Acustilocos I arranged and played for tenor Gaston Rivero at Carnegie Hall and presented my original music at Merkin Concert Hall. While home base is the double bass, I love to practice other instruments like accordions, guitars and keyboards.

In addition it my early work with The Flying Neutrinos, I’ve paid my dues with doo wop veterans Cover Story, Spank, Acapella Soul, The Jazz Park Rangers and singing guitarist Frank Schaap.  Frank and I made a duo album together called Two Buskers’ Blues.

Book me for your next event